Why a pumping station?

The buildings connected to the thalassothermy network are at all times in one of the following situations:

Idealy the whole system is well-balanced: the quantity of heat injected by some buildings in the water loop is equal to the quantity extracted by others from the water loop. Of course this is almost never the case, and there must be some way to keep the water loop temperature in the normal operating range, not too hot, not to cold, but tempered.

The video below briefly explain the pumping station operation.

Influence of the pumping station on the sea

The pumped sea water volume has almost no importance: absolutely all the sea water pumped is sent back to the sea a few minutes after having cooled or heated the fresh water of the network. But it is important to minimise the energy used to pump that water in order to optimise the costs, that is why three cascading pumps are used close to their best efficiency 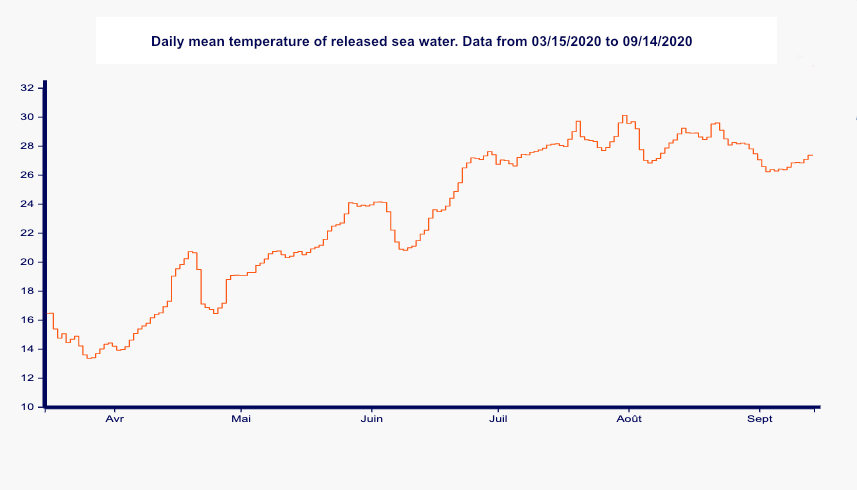